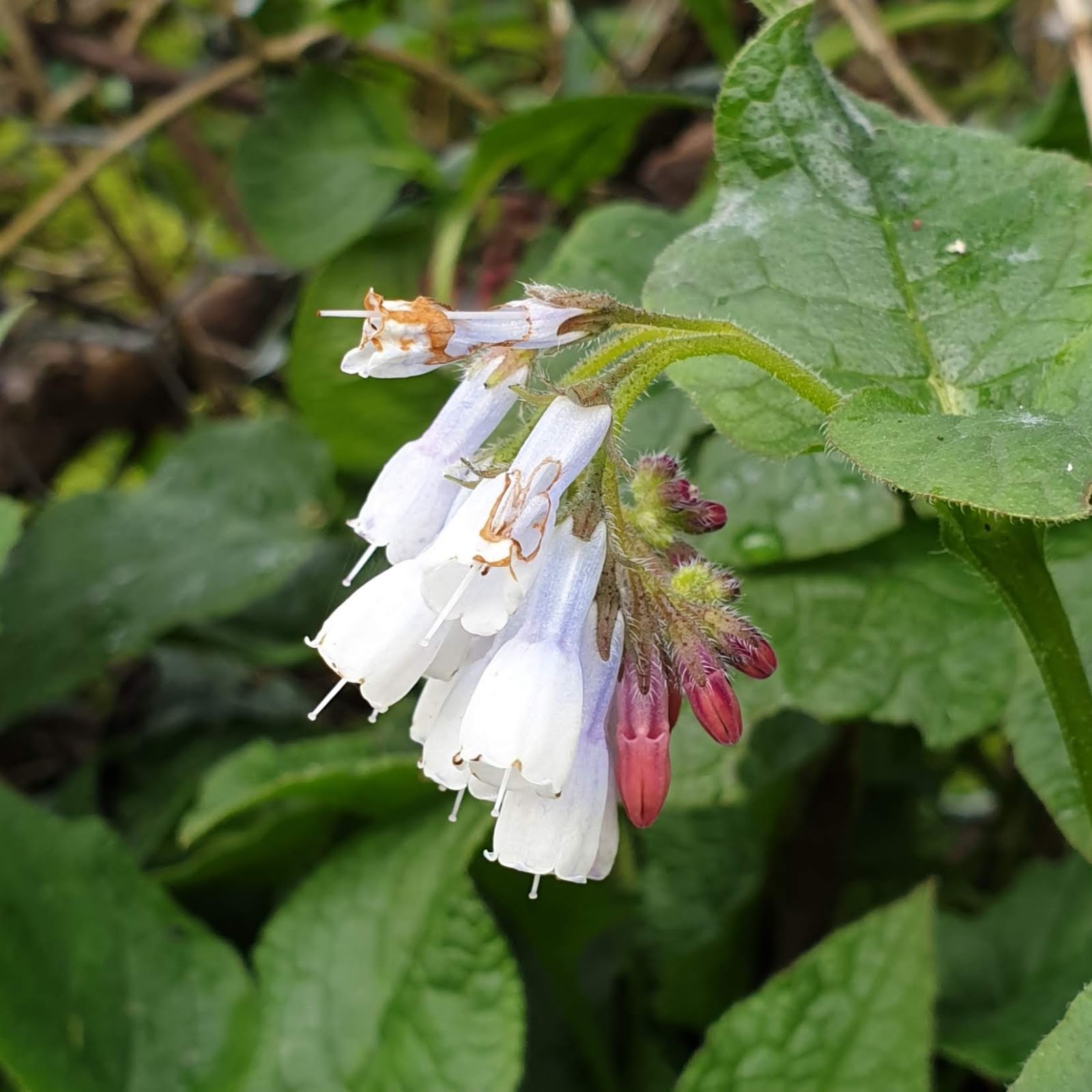 One of my Oxford library Saturdays. Got to the top of the Woodstock Road early and walked the Oxford canal. Intended to cross Port Meadow to Bossoms boatyard and follow the Thames towpath to the railway bridge, only it was flooded. Quick backtrack. I thought the floods would have subsided. Shows how much water's been coming down river.

But before then, not long after Wolvercote Green, I came across Abraham-Isaac-Jacob in its freshest spring colours! So pleased to see this because I was afraid it might have been grubbed up during the laying of the new all-weather surface. But there it was - less plant than last year, but that was May. It'll be interesting to see whether it becomes more abundant. Also wonder whether its early appearance is due to stress or the season - some say the year is early, what with few frosts, a mild late winter and the downpours.

Now heading to Witney for a late lunch at the Hollybush with J.

Pleased it's the end of the week. Quite a week, it's been. Now, the start of the weekend!