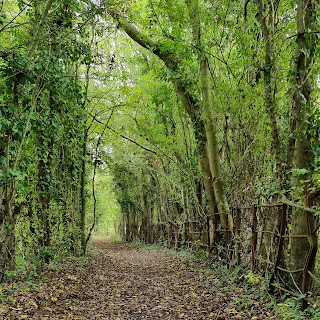 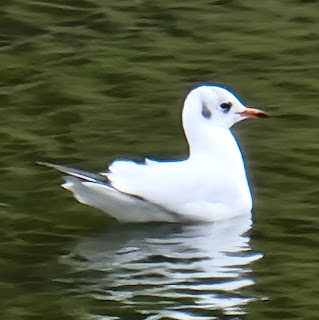 A brisk walk across the Parks one lunchtime last week and round the footpaths that link the rainbow bridge and the meadows towards Marston.

As I mentioned before, it's hard to believe that sights such as the green lane in the photo above are part of the city, a good deal of which is still rural.

Returning, I saw a flock of black-headed gulls on the pond in the Parks - winter plumage, white head and black spot behind the eye.

Last weekend I lifted the spuds on the allotment. Not quite the good harvest I expected but it will last into the new year. Stupidly, though, I forgot that I had planted a row of Estima and a row of Nadine next to each other. The two varieties look similarish. I put both rows into the same sack...

We have eaten the last of the Cox apples, although there are still one or two Charles Ross left. It's been a great - and delicious - year for apples!

Very sad to learn of the death of a friend and former colleague - a year younger than me. Too young. Such a shock. 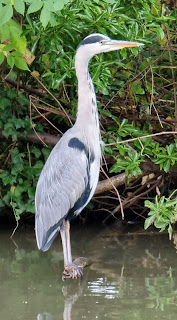 Took a walk along the Oxford canal during my break earlier this week.

Lovely to watch this heron for a few minutes of its stillness.

A quiet interlude between the frenetic start of Michaelmas Term. 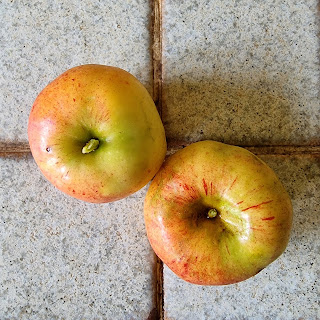 Picked the first apples from our Charles Ross tree.

We both had half of each - one was somewhat soft but the other was crunchy with a subtle sweetness.

The apples were both small and there are half-a-dozen or more left. Next year the fruit should be bigger.

It's been lovely to have apples from all five trees this year.

Coxes still going strong. They are amazingly delicious. It's great taking one into work for lunchtime - a gorgeous reminder of home.