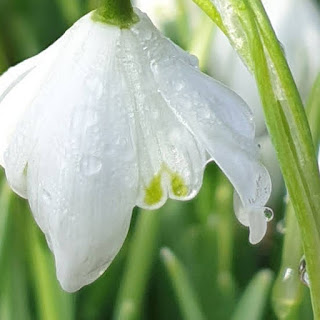 First bike ride ride of the year. Sounds like it will be the last for a bit - at least till the Mini Beast from the East has gone.

I thought at one point this morning that the mist wouldn't clear and I'd give cycling a miss but then the sun came through.

The land is sodden and pooled. But there's a lot of cheeping and there are snowdrops out in the hedgerows and on verges. Even the first kingcups in the deep ditches along Calcroft Lane (aka the gated road). Though they weren't the earliest - there was a big clump out along there in November.

Went to allotment earlier. The carrots have finished. The last ones scattered and partially munched by some animal. Dug the remaining parsnips and leeks. That's it for last season - apart from onions and shallots hanging in the shed. The potatoes were finished up last weekend - a smaller crop than usual because of blight...